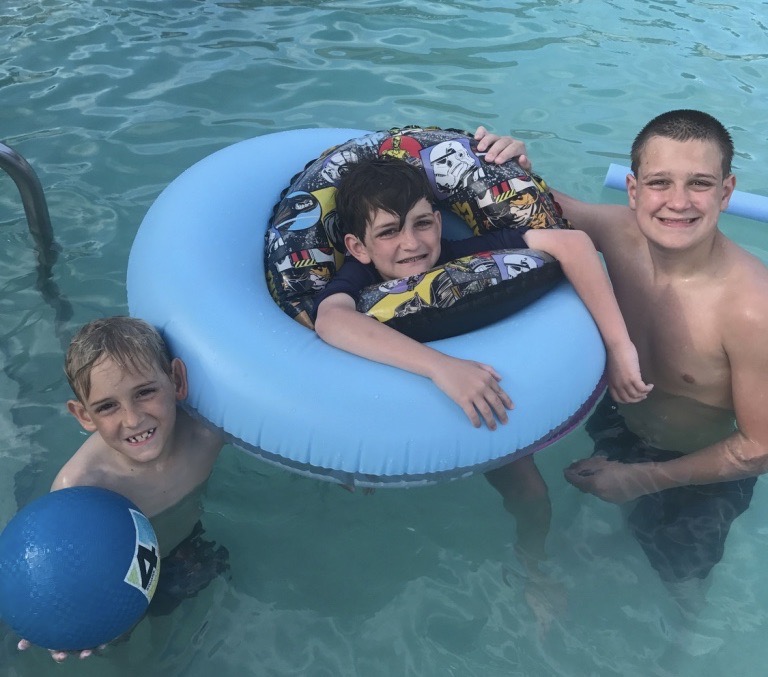 A SURVIVAL GUIDE (of sorts)

By my count, school has been out for 18 minutes, yet it is already the Fourth of July. I have no idea how the entire month of June went missing but suspect it might have something to do with the whirling dervish of chaos that accompanies three boys home for the summer.

I know I am not alone in this conundrum, and have recently realized that this advice, which worked great when they were little guys *ABSOLUTELY* still works now that they’re dopey teenagers! So, I am offering up my informally researched, homegrown advice on how to survive a “Summer of Boys.”

There is boundless energy and joy in the daily life of boys. From the bodily functions humor to the world as their jungle gym, it is maddeningly infectious. Enjoy it! Play their games, laugh at their jokes, jump in puddles and if you get them to sit still, hug them tightly. Because if the mysterious case of the disappearing June is any indication, they’ll be back at school in no time, where they have the nerve to keep growing up too quickly.

Lest you start to give me any credit at all for having my shit together, here is the Facebook post from literally the week after this article first appeared in the local paper (6/28/13 vs 7/5/13):

Have lost any semblance of control I had tricked myself into believing I had.

Drunkenly slashed out “RULES FOR JULY” on Yellow Legal Paper with Black Sharpie after Fourth of July debacle.*

Rules include such gems as:

Also started a Swear Jar. Tyler has already contributed $28.75 … in one day. So yeah, it’s going pretty much as expected so far.

*I don’t even remember what the 4th of July debacle WAS!! So take these rules with a grain of salt. But I stand firmly behind my “water is a miracle cure” declaration (even if it’s you running a bath for yourself and bringing the wine with you)!