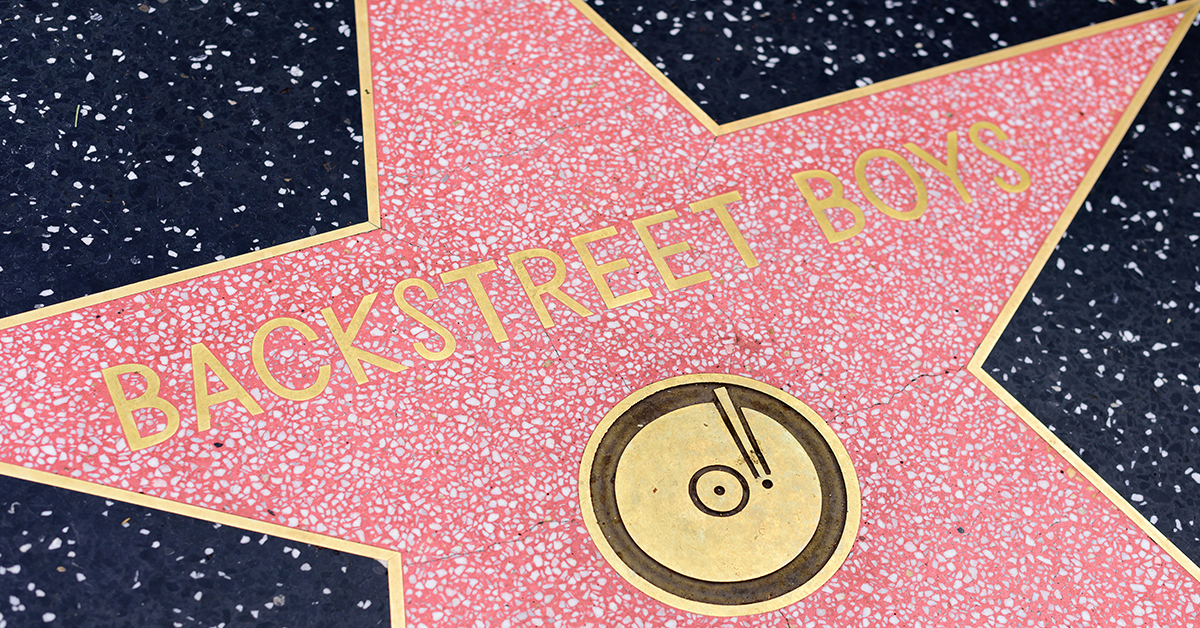 The Backstreet Boys are the best boy band ever. Fight me.

I was never very good at the whole “teenager crushing on famous hottie” phase. To this day, I remember my visceral panic when having to come up with a Teen Beat-worthy guy I’d “totally do” in middle school. Everyone was writing her choice on this big poster about some tryout or another on the main wall of the school’s entrance as a dare. Rick Springfield, John Stamos, Rob Lowe, Kirk Cameron, Joe Elliot from Def Leppard, Tom Cruise… I just could not come up with someone. So I threw up John Travolta because I loved the movie “Grease” and, even then, I knew that was a weird answer.

Meanwhile, my very best friend had such an all-consuming crush on John Taylor of Duran Duran that she sent him love letters and birthday presents. If this was during a time when social media was an option, I guarantee she’d have been tagged as a stalker and blocked on every medium. As it was, she was in every fan club, went to every concert and made me have full conversations detailing her fantasy of being spotted by him in the crowd and the instant true love that would follow (in truth, being a sucker for “happily ever after” fairy tales, I probably made her obsession worse with my flights of fancy).

Seventeen, Super Teen, Tiger Beat, 16, Bop, Teen, Smash Hits – Her entire room was wallpapered with posters of him from various teen magazines. We’ve now been friends for over 40 years and the only fight we ever had was when we’d split the cost of a “Teen Beat” the summer before high school started and the John Taylor picture was the flip side of a Swatch Watch ad that I wanted so I could add it to the collage of “cool designer stuff I covet” on my closet wall. I outright refused to give up that ad for her 937th picture of Duran Duran. I don’t remember how we resolved it, but I’m guessing I either gave her that picture or bought her another Teen Beat. She eventually moved on to hair bands and hard rock guys but, to this day, she’ll admit a corner of her heart will always belong to John Taylor and that particular picture was worth the drama.

Other than a fleeting obsession with Shaun Cassidy in “The Hardy Boys” while in grade school, I made it all the way into my late 20s before being bitten by the “BOY BAND CRUSH.” It was on my honeymoon, of all places. I fell fast and hard and now I finally, totally get it.

My husband and I got married in the fall of 1998. We flew almost straight from the reception to Aruba and arrived at our little dive resort, “Bimini Beach something-or-other” after midnight the next day. That little hidden gem has long since succumbed to high-rise hotels and casinos along the main drag of beach of the tiny, idyllic island, but at the time, it was perfection. Our particular room was huge by our standards (king bed! couch with coffee table and desk! Mini fridge! No roommates!) and had a sliding glass door that opened right onto the beach. Heavenly except for one hiccup that we discovered at the “crack of dawn” the next day – the back wall of our room was the main wall of the pool and bar area. For 20something honeymooners, it was not the late night bar action that bothered us, as we were usually some of the last to retire for the evening, long after the midnight snacks were brought out. It was that the pool area activities began at 9am sharp, every morning. Oh, to be woken from a deep sleep at 9am and be resentful… but I digress.

This little beach resort’s “DJ” had decided that exactly three artists were worth his time, so he began playing one of three albums on full blast at 9am on the dot and would work his way through them on a continual loop until the 5pm cocktail hour. All day, every day, for the entire 12 days we were there. These late 90s classics were Will Smith’s “Big Willy Style,” Shania Twain’s “Come On Over” and the Backstreet Boys’ “Backstreet’s Back.”

Shania’s album was pretty good background music – a mix of pop, country and ballads that you could pretty easily tune out or enjoy with some bubbly or frothy concoction, depending on your mood. Will Smith’s, with it’s claim to fame of “Gettin’ Jiggy with It” was our own personal experiment in how earworms can drive a person stark raving mad. I still can’t hear it without the immediate urge to slam a shot of something hard and dunk my head underwater for 3 straight minutes to “cool down.”

The Backstreet Boys, though (insert sigh, swoon and chef’s kiss) – perfection. I fell instantly and inexorably in love with these adorable young crooners. Now, keep in mind, this was before true cell phones, easily accessible internet or wi-fi, so I couldn’t just punch them up in a Google search. I fell in love with them, sight unseen, story unknown, in this little rundown beach resort on a tiny tropical island, celebrating the romantic beginning of a wonderful life with my husband – and both loves endure to this day.